History of the Mannamplackal family

My special thanks go to Mr. M.J. Thomas Kochuveettil for translating this passage from the Mannamplackal family history 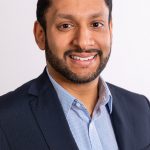 The Mannamplackal family is an ancient and prestigious Syrian Catholic family with its branches extending throughout Kerala, especially the Chirakkadavu and Kanjirappally regions of Kottayam District.
According to a legend, Parasurama is said to have donated 64 villages to Kerala Brahmins. One of them was Palayur and historical records show that St. Thomas, one of the apostles of Jesus Christ, visited this place in 53 A.D. to preach the gospel. Four Brahmin families (Illams) named Kalli, Kalikavu, Sankarapuri and Pakalomattom were converted to Christianity.

The descendents of these new converts migrated to Kuravilangad and other neighbouring places. Kocheepen, scion of Kalikavu, one of the aforesaid families was appointed as minister by the Raja at Changanacherry. He was responsible for establishing a church there which still exists behind the Archbishop’s house in Changanacherry. The Raja gave him the honourable title ‘Tharakan’ and he stayed in a house behind the church near the cemetery (Kallara) and was known by the name ‘Kallarackal Tharakan’.

This was the origin of the Kallarackal family. Thomman, one of the members of the Kallarackal family, accepting the invitation of Thekkumkur Raja, came to Nedumkunnam. The Raja gave him enough lands, tax exempted and besides gave him the title Tharakan. His land complex donated by the Raja was called ‘Mukkattu Cherickal’. Later this name was transformed to Mukkattu family.

Mukkattu Tharakan had four sons and one daughter; the daughter was married into the Anathanam family. One son named Mathai stayed in the ancestral home while the second son Kuruvilla established Nedumudi Panakkedathu family.

Another son Kunjuthomman is the progenitor of the present Mannamplackal family.

Kunjuthommen came to Chirakkadavu and married Kunjumariamma from the prestigious Puthuparambil family and stayed in the adjoining land. There was a jack fruit tree in that property which was considered to be special by the local people and the tree was called ‘Mannamplavu’.

From the time Kunjuthommen started inhabiting there, the family name became ‘Mannamplackal’. This must have been between the years 1770-1780. In the year 1816, one of the sons of Kunjuthommen by the name of Kuruvilla had made a report of the Kanjirappally parish council meeting in his own handwriting and this is recorded on page 81 of the annals of Kanjirappally.

Several alliances between Mannamplackal family and others took place in due course of time and the family came to be known and recognized widely. The junction where the roads from Manimala, Ponkunnam and Kanjirappally meet is still called ‘Mannamplavu Junction’ due to its close proximity with the family.

The various branches are formed

My grand father Mr. M.D.Mathew wrote down our family history for the first time. It was published in 1994 on the occasion of his 75th birthday. He died on September 15th 1999.

There are many priests, sisters, businessmen, journalists, teachers, advocates, scientists, political leaders etc. in this family occupying various ranks in the social ladder in various parts the world.